How Portugal finally fell in love with Cristiano Ronaldo

10 Genuine Ways To Deal With Fear

How Portugal finally fell in love with Cristiano Ronaldo 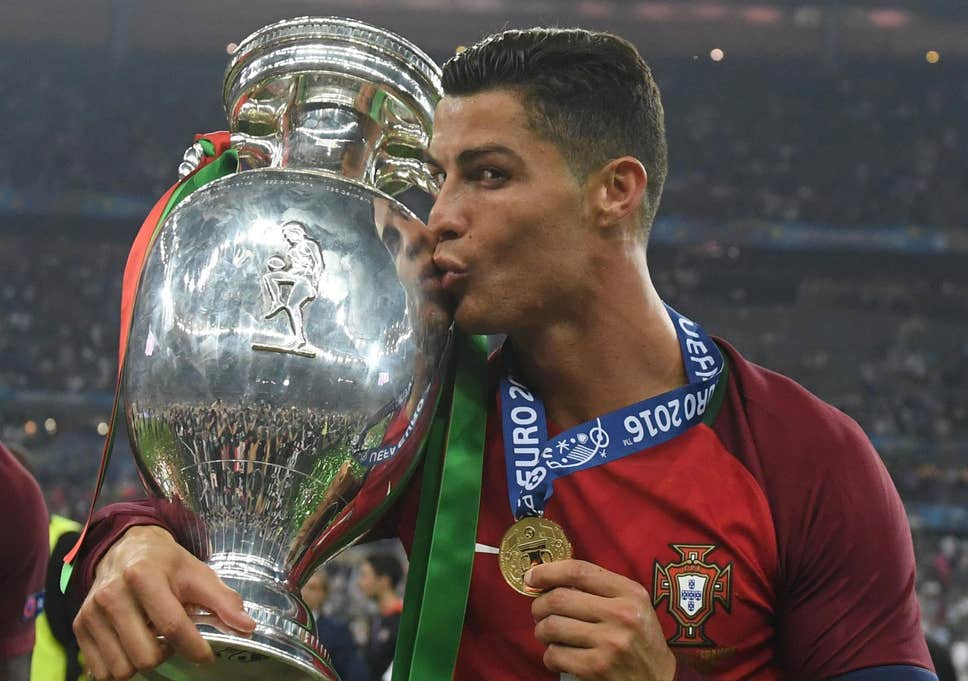 Cristiano Ronaldo may be one of the brightest stars in world sport but for many years, the Portuguese public simply could not warm to him.

Although we admired his exceptional technical quality and the trophies he had won, many of us were uncomfortable with his sizeable ego, and struggled to understand why he used phrases like “People envy me because I am handsome, rich and famous”.

Why did it always seem to be about Ronaldo first, the team second? Although there was pride in the achievements of a compatriot, there was a time when many Portuguese people were as fond of Lionel Messi as they were of Ronaldo.

Messi was perceived as a more reserved, more modest person, who was happy simply to be successful and did not see the need for self-promotion.

Then, there was Ronaldo’s performance at major tournaments.

All of Portugal were taken with the 19-year-old who cried when they lost the final of Euro 2004 on home soil, against outsiders Greece. But in the four tournaments from 2006 to 2012, Ronaldo never seemed to be in top shape.

Fans wondered whether he was more interesting in winning trophies for his club than for the national team, and whether this was why he always looked tired for Portugal. No matter what Ronaldo had done, first for Manchester United and then for Real Madrid, the feeling towards him in his home country was lukewarm.

Then, around 2013, things started to change. Ronaldo seemed to understand that he needed to do more to promote his own country.

Instead of taking his holidays almost exclusively abroad, he started to spend more time in his native Madeira, Geres national park or on the Algarve.

In turn, fans began to be more sympathetic towards Ronaldo’s ‘win-at-all-costs’ mentality. They appreciated that his personality meant he simply could not bear to lose. More people took greater pride in Ronaldo’s individual awards — he won four Ballons d’Or in five years between 2013-17 — than they had done in the past.

Ronaldo is no longer perceived simply as a footballer: he is a father of three children and this has helped people see there is another side to him. A popular opinion is that as his children have grown up, so has Ronaldo. He is a man these days, not an egocentric boy.

The clincher, however, was Euro 2016. Nobody expected Portugal to achieve much in France but they won it, defeating the hosts in the final.

When they scored the winner in extra-time, through Eder, Ronaldo had long since left the field after suffering an injury in the first half.

Just as he had 12 years before, Ronaldo shed tears in a Portugal shirt — and just as they had 12 years ago, his tears touched an entire nation.

He is the leader of the team now, not just a brilliantly talented individual within it. When Ronaldo plays for Portugal now, he is ready.

He rests at the right time to make sure he is mentally and physically prepared to play for his country. He is just as focused on winning for Portugal as he is for Real Madrid.

These days, we are no longer Ronaldo and 10 more players. This is a proper team, a proper group. We look at Ronaldo and we feel he is ready to inspire the team.

We are optimistic about Portugal’s chances, even though we are not favourites. But the difference this time is that if we fail, nobody will blame Ronaldo. When he leads the team out against Spain at the Fisht Olympic Stadium in Sochi tonight, he will have the whole of Portugal right behind him.

Your Ads Can always be here.

India facing the 'worst water crisis in its history'

A tech-savvy usually found with his computer pouring and keeping in touch with the outside world. If he's off the internet, then, he is reading. Follow him on social media @ifeideas.

After nearly a year-long investigation into Manchester City’s financial shenanigans, UEFA have announced a two-year...

The Norwegian striking sensation was linked with a host of top European clubs before making...

The Liga leaders have parted way with the 55-year-old, with the former Real Betis boss...

Lionel Messi has every right to be dejected and fed up of Barcelona, and he...

Real Madrid Win The Supercopa From The Spot

How to pay for subscription (DSTV, GOTV) with GTBank

Seyi Makinde Should Obey The Rule Of Law — Aleshinloye

How to generate OTP for GTBank without Hardware Token

Here's Why You Need To Start Taking Bitter Leaf

10 Genuine Ways To Deal With Fear