Between Bianca Ojukwu And Obiano’s Wife, Who Actually Slapped Who?

by Oluwaseyi Olaniyi
in News, local
Reading Time: 3 mins read
A A

The widow of the late foremost Igbo politician Odumegwu Ojukwu, Bianca, and the immediate former First Lady of Anambra state, Ebelechukwu Obiano, delivered an unpleasant sideshow at the inauguration of Prof. Chukwuma Soludo as Governor.

The fight reportedly broke out immediately after Soludo took his oath of office, succeeding Willie Obiano.

Bianca herself is the daughter of a former governor of Anambra state, Christian Enoh.

Ebelechukwu and Bianca reportedly have a long-running feud, but tensions boiled to the surface on Thursday, as the two women engaged in a public brawl right before the cameras.

Although the reason for the clash hasn’t been ascertained, multiple reports have suggested that Mrs. Obiano confronted Bianca, accusing her of not wanting her husband to be Governor while also calling her a bitch.

According to reports, dignitaries including outgoing governor Obiano were already seated when Ebelechukwu stepped in and moved to the front row where the widow of Ojukwu was seated.

According to footages from the event, a woman -believed to be Ebelechukwu- donning a pink gown, can be seen tiptoeing her way to the right side of the podium where another woman was quietly seated.

The other woman, identified as Bianca was wearing a gold gown.

The woman in pink gown halted her steps right in front of the woman in gold gown, she gestured towards her and let out some words that can’t really be ascertained yet.

The two women had a little exchange of words and the one donning a gold gown, now in a standing position, landed a slap on the other woman’s cheeks.

There were confusions regarding the identity of the two women at the event as the footages only captured them from a far distance.

This actually prompted conflicting accounts of what actually transpired. 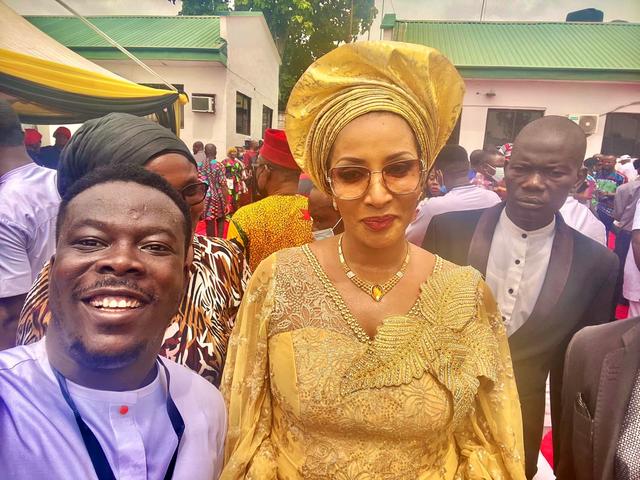 However, an image (above) surfaced online showing Bianca at the event striking a pose with another attendee.

The image depicted her in a gold gown, which mirrors the exact figure displayed in the altercation video.

From the foregoing analysis, one can easily reach a conclusion on who made the first slap.

Meanwhile, the newly-sworn in governor, Soludo, has apologised to the people of the state over the fight between Bianca and Ebelechukwu.

In a statement by the governor’s media aide, Joe Anatune, Soludo described the fight as a momentary breach of protocol.

He said the breach was caused by improper communication which arose from a personal issue between the two parties involved.

Man Dies After Falling Off A Moving Vehicle In Anambra State

How To Apply For Yaba Tech Transcript

Tips To Follow Before Writing a Cover Letter For Job

HND: How To Check Your CBT Result

Assistance Lecturer Needed At The University Of Ibadan (U.I)

HOW TO CHECK YOUR RESULT AND GP

How to Know If Your WAEC Result Has Been Uploaded

How To Keep Your Savings Safe and Earn Monthly Interest: The Right Investment Options for You

Can’t Input or Access Your Registration Number on Jamb?

Are you sure want to cancel subscription?